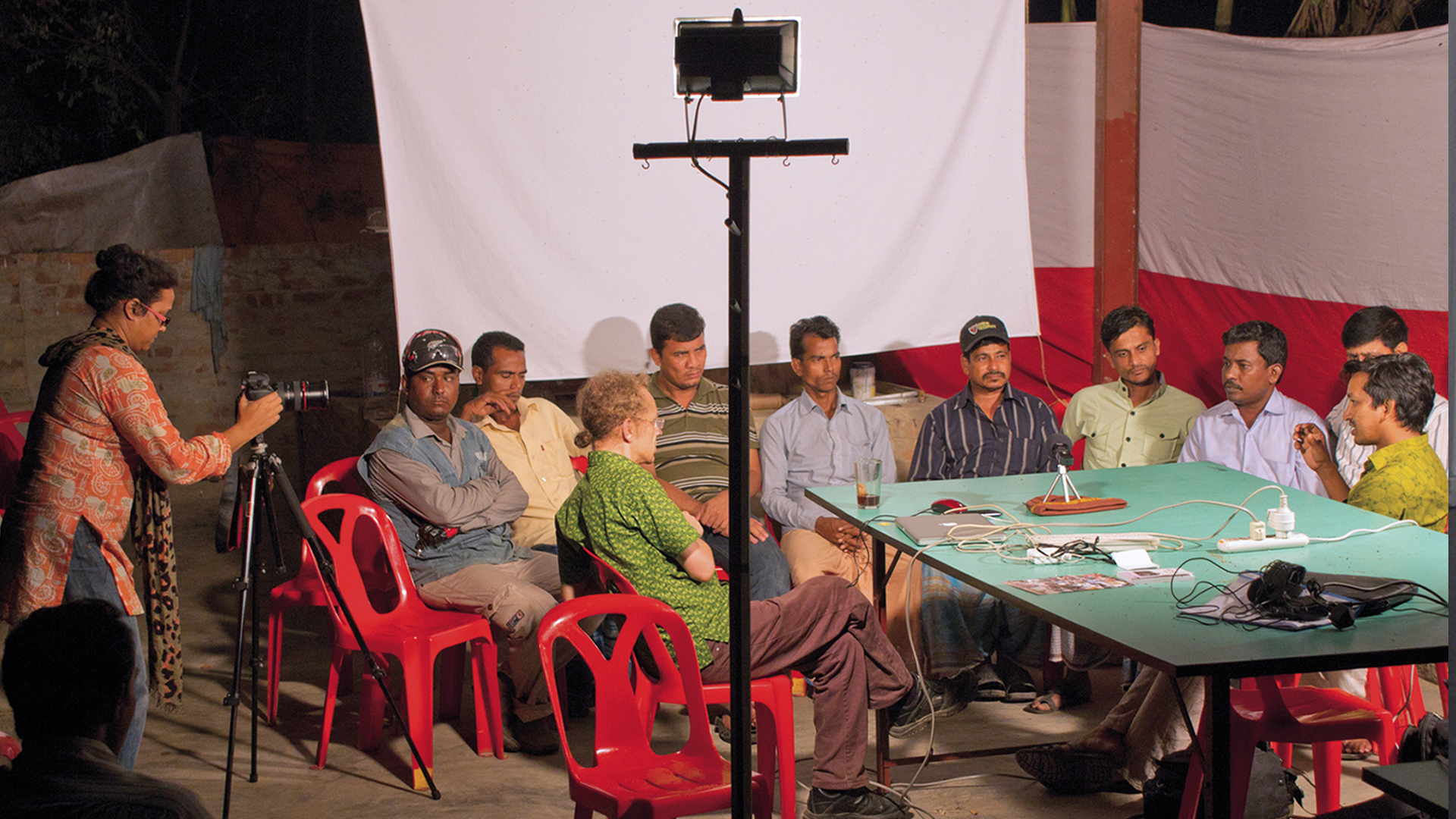 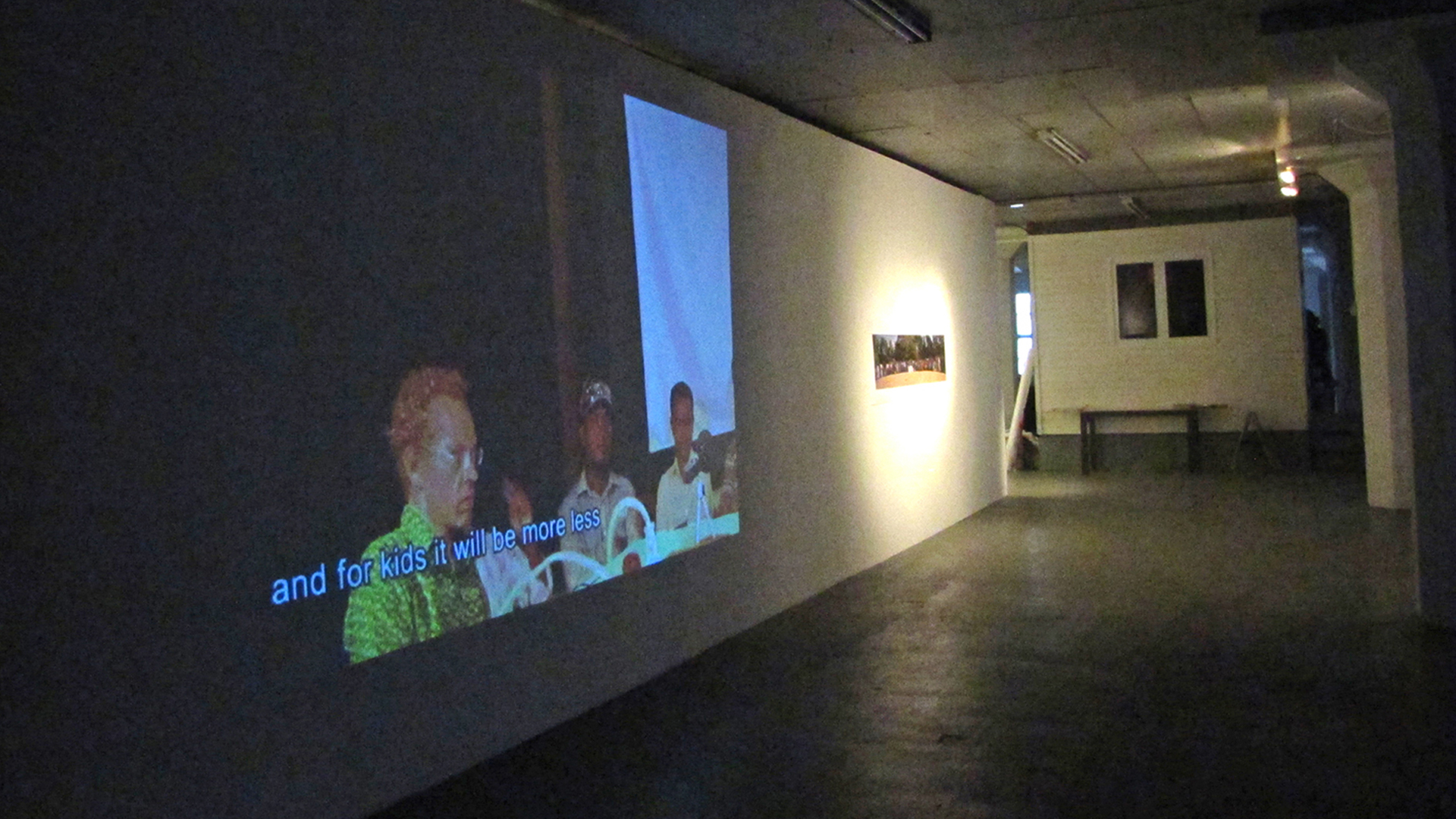 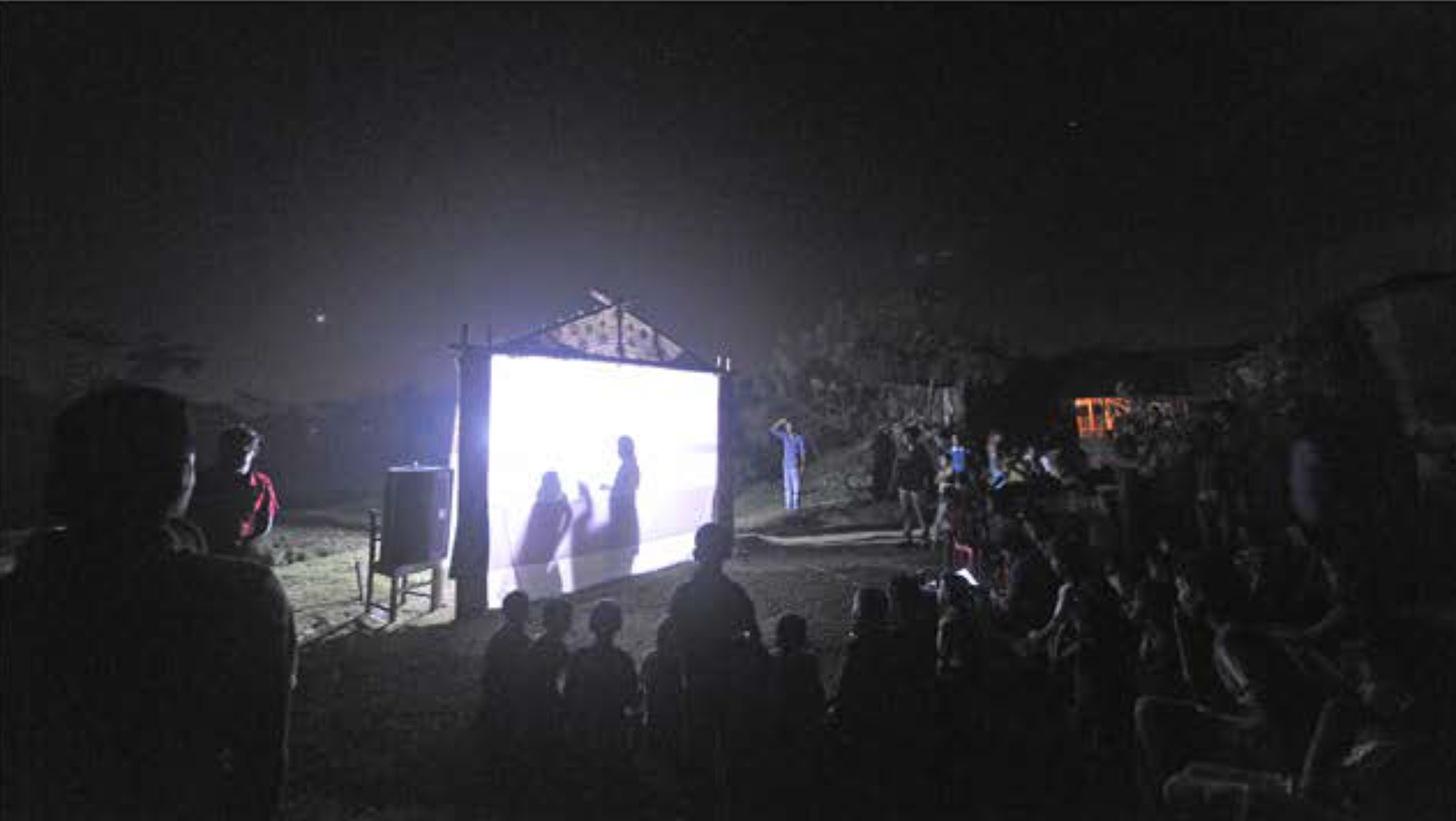 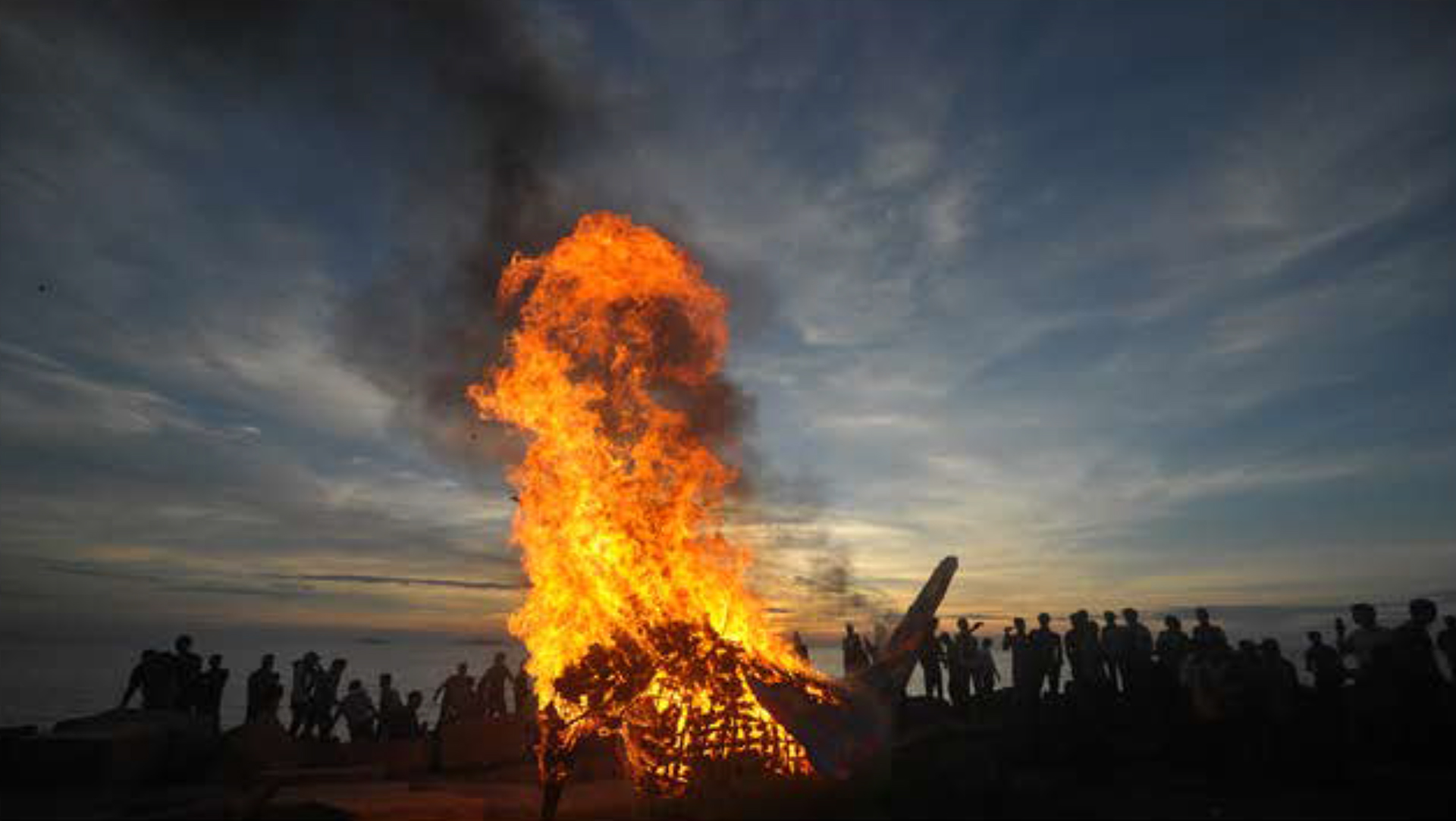 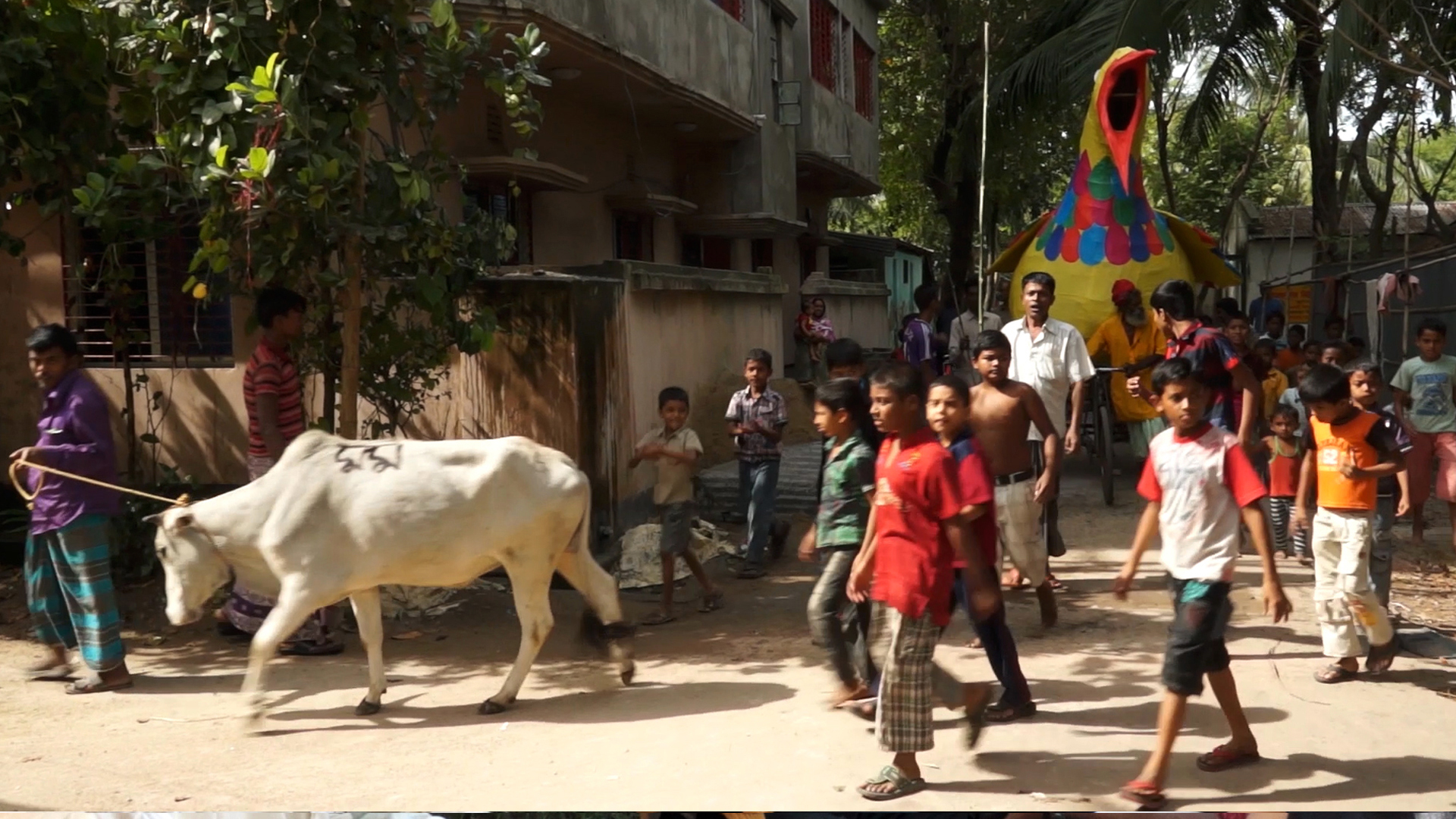 Bijoygram is a socially engaged project and video and photo installation realised in Chattogram City in Southern Bangladesh. In the project artists JP Kaljonen and Abu Naser Robii developed a cultural festival to connect and deepen interaction between the inhabitants of middle class Bijoy Nogor neighbourhood and nearby Laldiarchor (Gucchagram) slum. The slum was inhabited by landless people and environmental refugees from the Southern parts of Bangladesh. Even the neighbourhoods were located next to each other vast socio-economic differences kept the inhabitants of the two areas segregated, preventing them to develop the area together. The Laldiarchor slum was demolished in 2020 as part of the expansion of the Chattogram port.