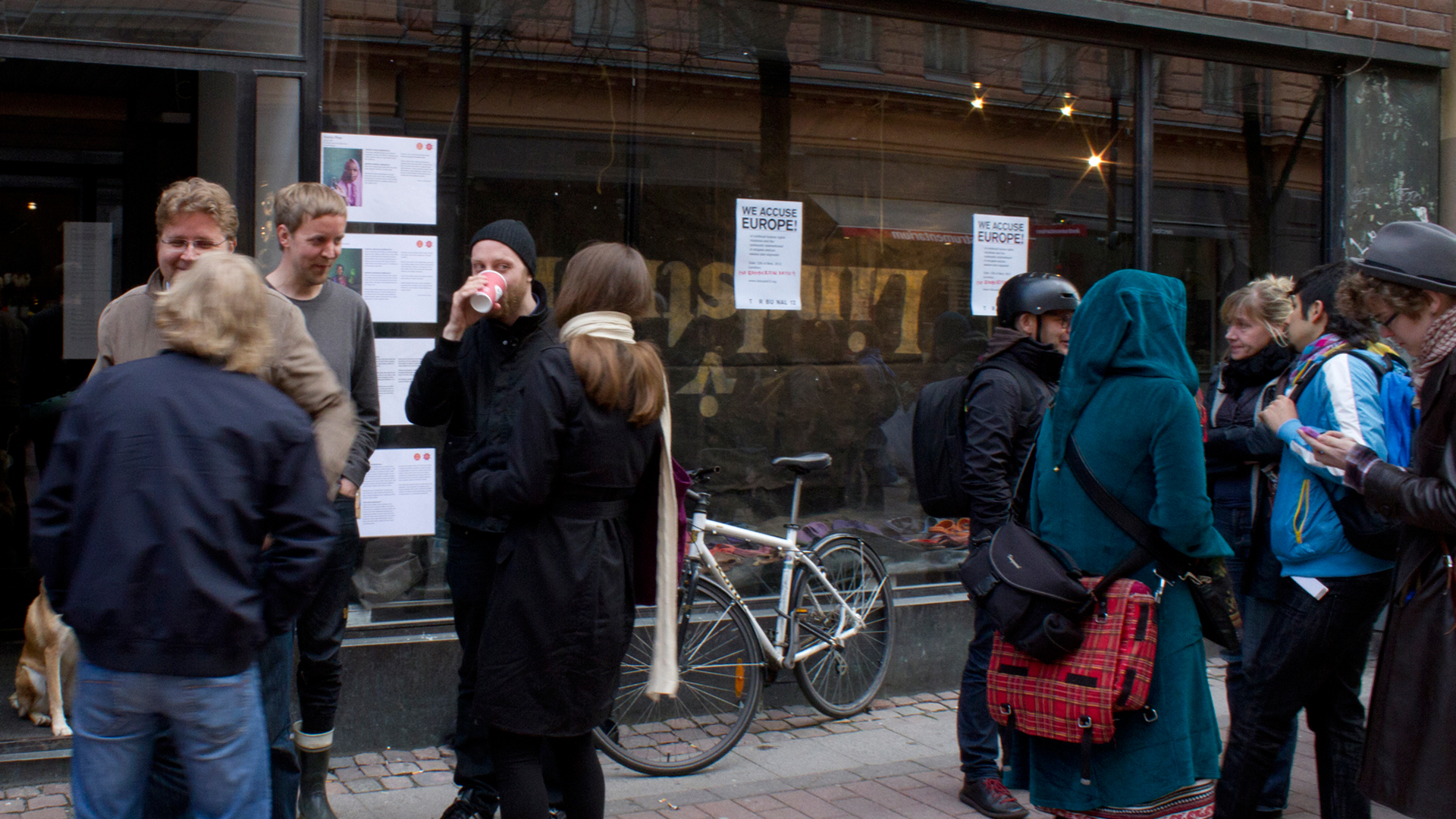 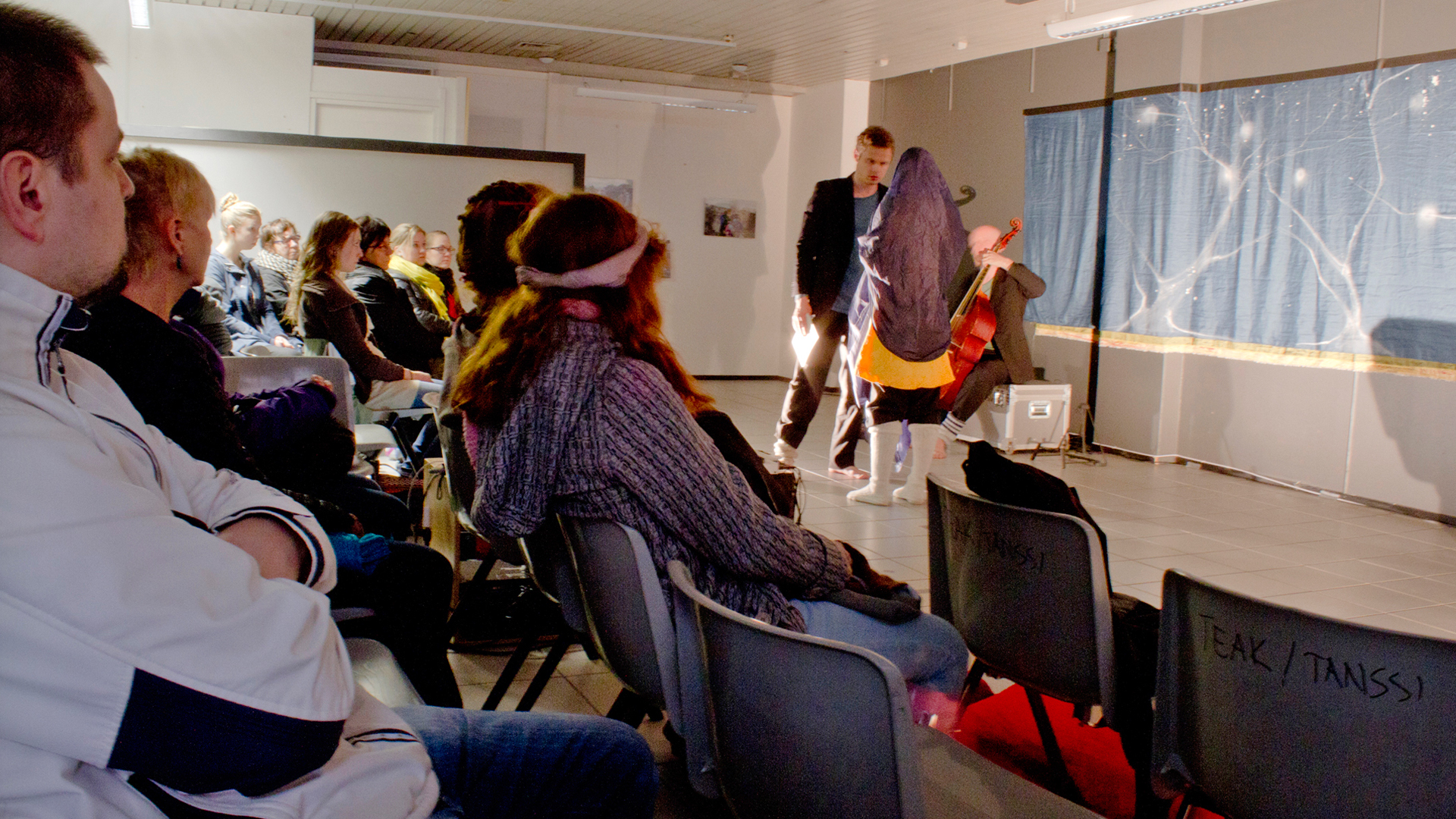 Tribunal 12 Helsinki Is an art event which gathered together artists,  NGO´s and citizens interested in migration. The event dealt with Europe´s moral, legal and political responsibility of people, who have escaped inside it´s territory. The event was organised as part of TRIBUNAL 12  at Kulturhuset and Sergel´s Square in Stockholm on 12th of May 2012 which took a stand on human rights violations against refugees, migrants and asylum seekers inside Europe.

Tribunal 12 Helsinki took place at Iso Roobertinkatu 4 in Helsinki, where the audience had  possibility to watch the trial in Stockholm live stream. In addition to streaming the event consisted of talks held by different NGO´s, as well as shows varying from video screenings to dance performance and art exhibition.