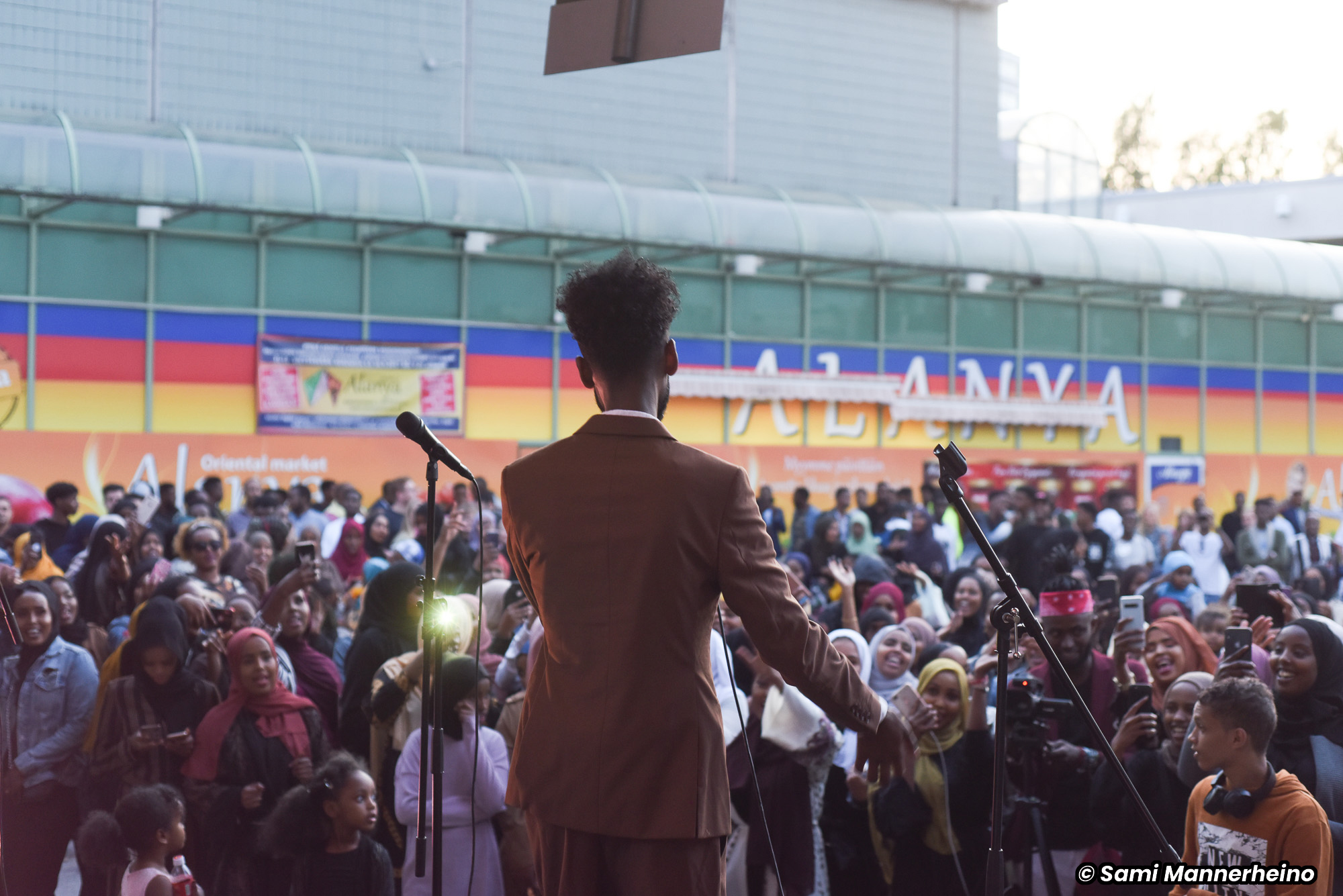 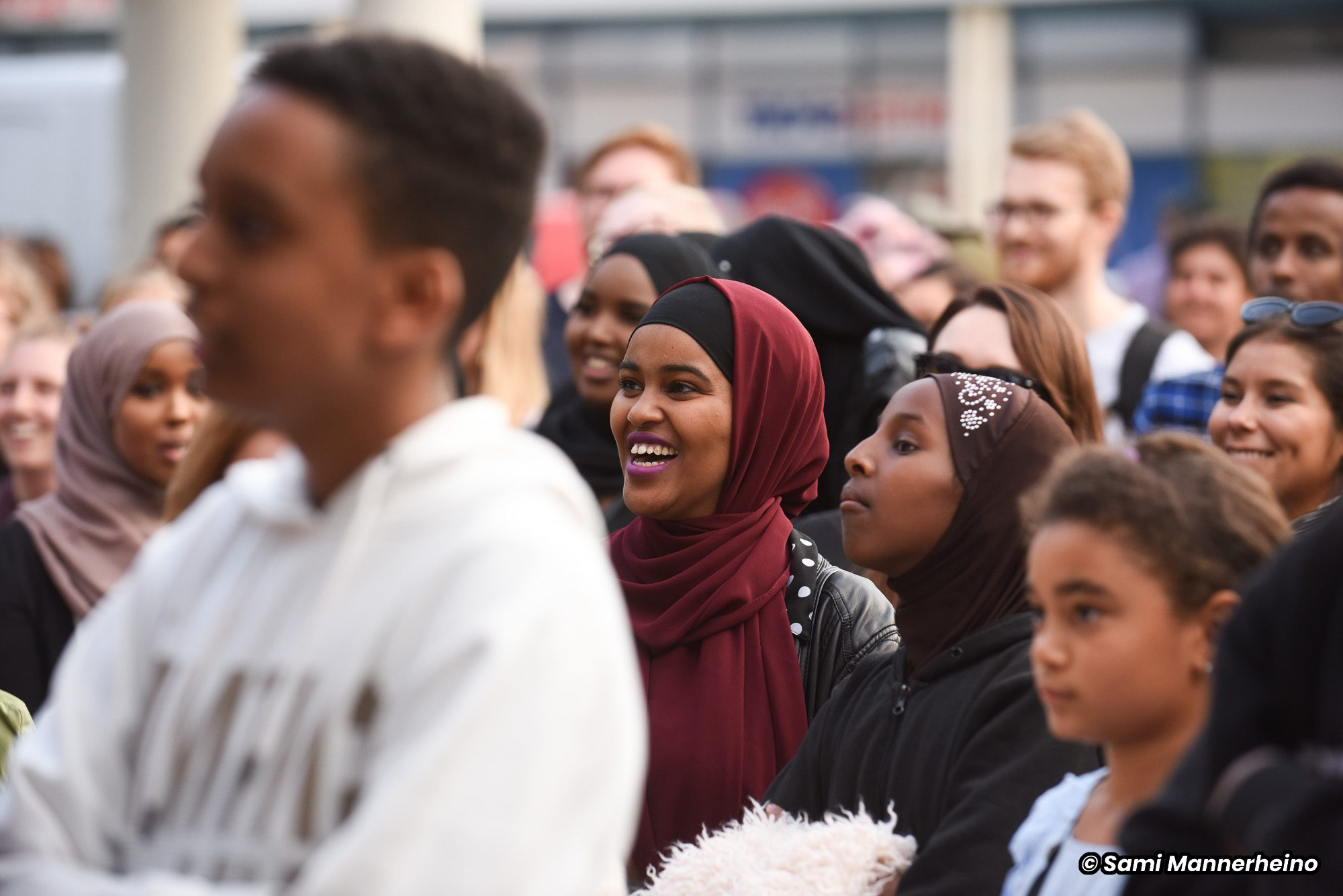 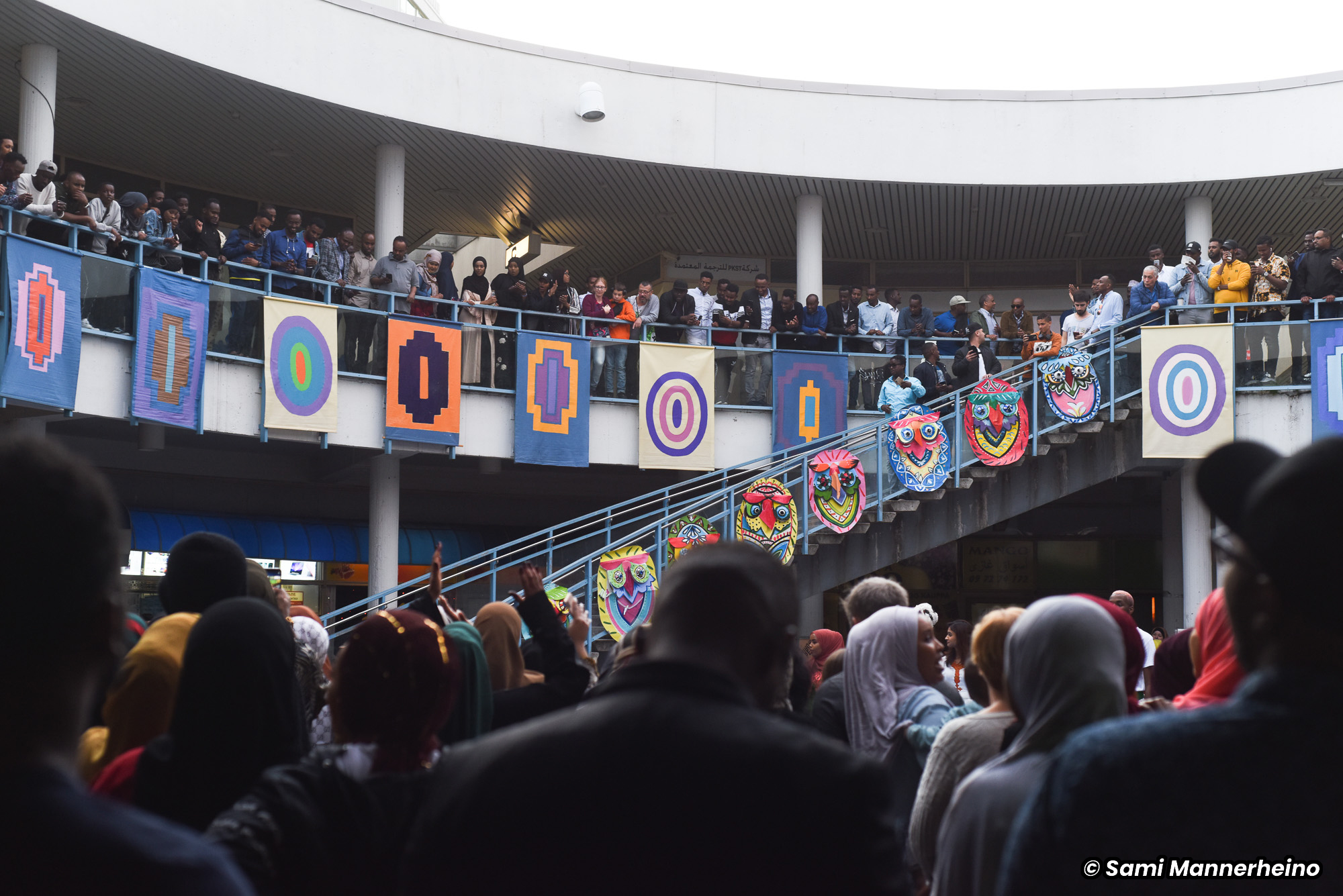 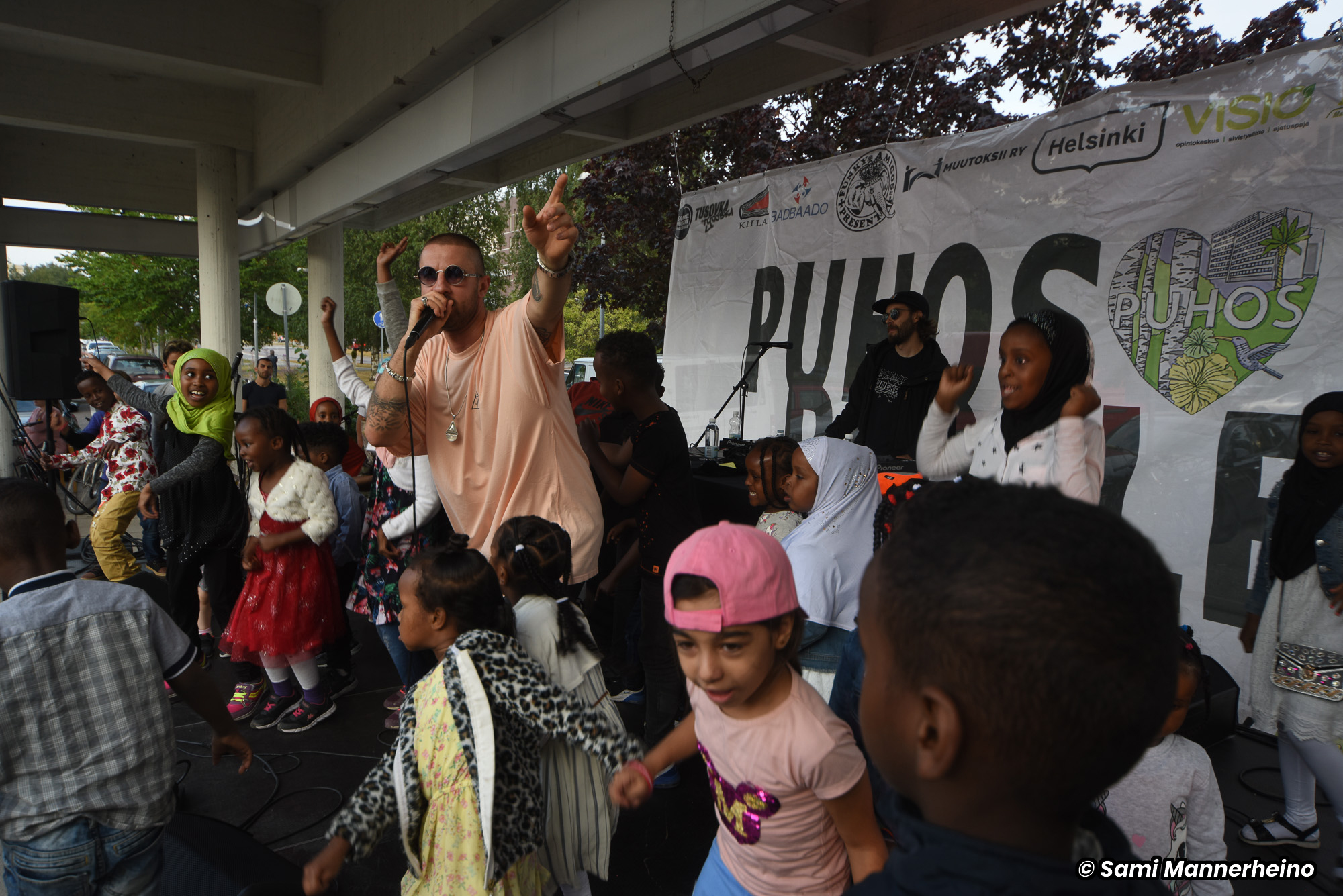 Puhos Loves People is a socially engaged art project situated in the Puhos Mall in the Itäkeskus area of Helsinki, Finalnd. The aim of the project is to increase cultural activity within the mall´s communities and to promote good ethnic relations, interaction and cooperation between different social groups in the area.

The Puhos mall is one of the liveliest multicultural hubs of the Helsinki city, hosting several multilingual communities, small entrepreneurs and a mosque. The mall is spontaneously developed meeting point which gathers people from diverse backgrounds. Despite the lively nature of the mall it has also been a focus of xenophobic prejudices of different conservative-minded citizen groups.

The projects´s background lies on the late 2016 published news about demolishing the Puhos mall. The news raised oncerns among the mall´s communities who were afraid of losing their livelihoods and meeting place. To respond the situation we developed a cultural festival Puhos Loves People.

The first production of the festival was organised in August 2017 and aimed to strengthen the communication between the local communities and to increase positive visibility of the Puhos mall. The  festival gathered around one thousand visitors and succeeded to fulfill it´s goals but attracted only a few from the native Finnish speaking population. In 2018 the festival became annual and was further developed by inviting communities from different language groups in the production of the festival. The festival became more interactional and the audience diversified. In 2019 the festival gathered around 3500 visitors, was rooted in the area and the local communities took charge of organizing the future festivals.

As a part of the project an art space was opened in the mall in 2019. The Puhos Loves People Art Space hosts regular art and cultural workshops and projects for the local and other Eastern Helsinki based communities. The art space functions all year round providing activities to people between the festivals.